So many years had passed since that fateful day, but Maggie had two important reasons for returning to Grady Memorial Hospital.
The question bothered her ever since they left her sister behind. Had they done the right thing? They’d all tried so hard to convince themselves and each other they had. Beth was barely hanging onto life, there was virtually no chance she’d survive. Especially if they moved her.
If somehow she did manage to recover from the wound it would only be because Dr. Edwards pulled off a miracle. And then what if she wasn’t really Beth anymore? After all, the bullet went into her brain. Didn’t it?
It must have.
6,369 words

He’d tracked her all the way to this creepy hospital with the cops that had a woman with dead eyes as a leader. There was no way Daryl was going to let Beth stand toe to toe with her without him being within arm’s reach.
Slow burn rated M for language and eventual adult situations.
280,000+ words // 40 chapters & in progress

Beth knows what they say about failure. Try, try again. She’ll get out of Grady sooner or later.
10,382 words

He listened, listened to the woman try and lay claim to the kid, so much like the Claimers that he had been forced to join forces with, until he found Rick, Michonne and Carl. Hatred filled him; his blood ran cold. Daryl reached out as Noah started to step towards the cop, and laid his hand firmly on Noah’s chest, pushing him back slightly. Daryl stepped forward, barely containing the growl behind his words. “No, he ain’t staying,” Daryl moved to flank Rick on his left side.

The five-times Beth reached for Daryl, and the one time she didn’t

He was mopping the corridor in the ER when they brought her in. She had big bandages around her wrist and a cut over her eye and she was fighting mad. They had her tied down and the doc and the nurse were telling her to relax they needed to care for her injuries, everything would be fine. The same bullshit he heard them tell a lot of people.

Not everyone found their way back to the highway after the farm fell. What happens when one group stumbles across ones they thought had been dead for years?

“Don’t you see Beth?” He asked, needle poised at her side. The scalpel in her hand shook. “We’re looking for a cure, a vaccine, a repellant…we’re looking for hope, Beth. And you’re going to help us.” A sharp pierce against her skin as the syringe emptied into her bloodstream. 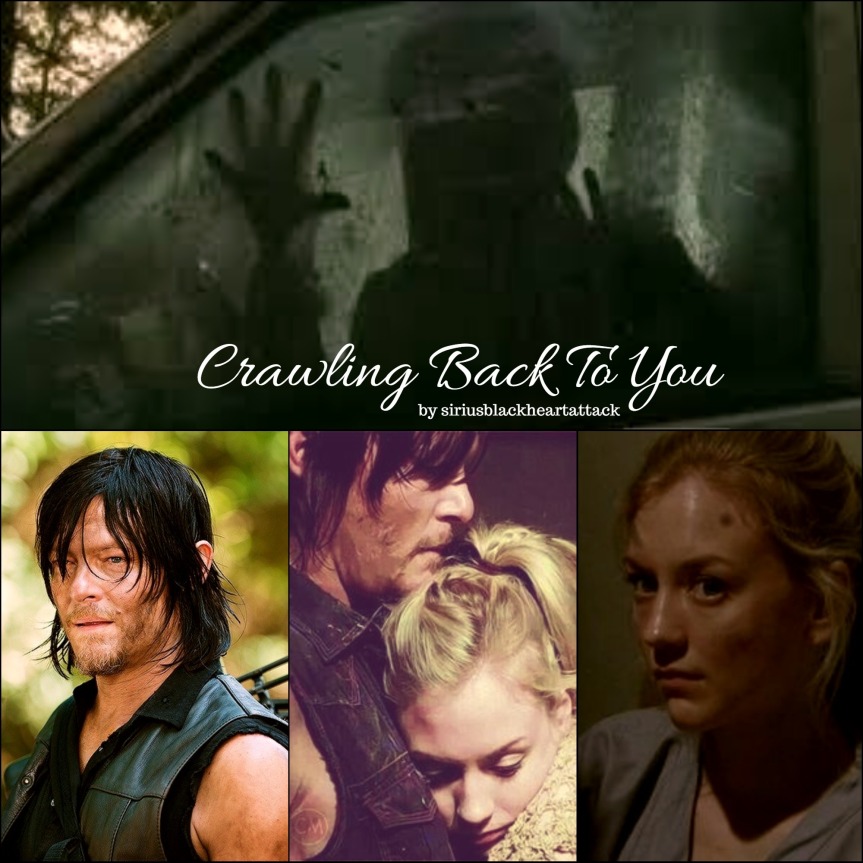 Beth wakes up with a gunshot wound to the head and no memory as to who she is – or who Daryl Dixon was. Watch her slowly remember as she finds her way back to him. 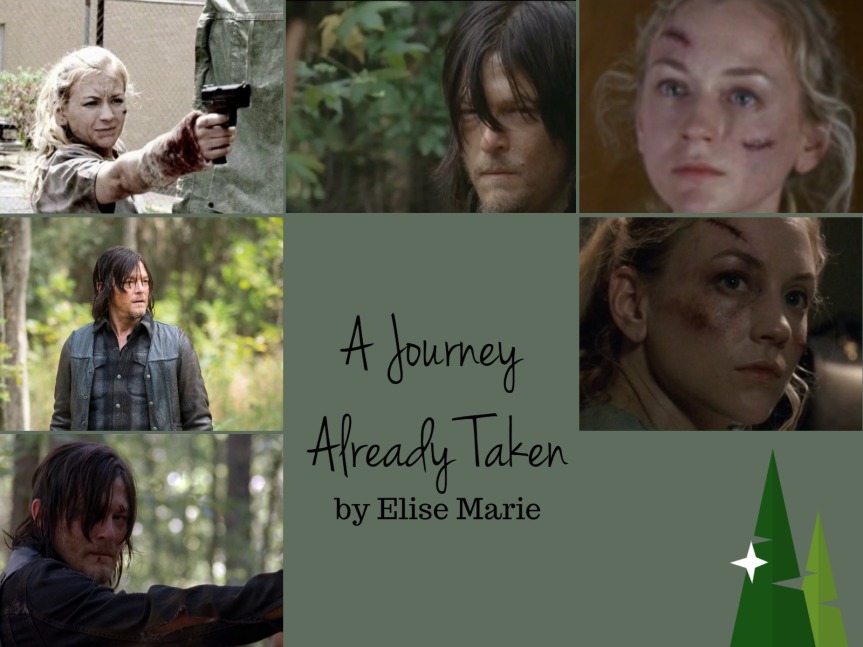 Daryl has escaped Terminus with all the others, except there’s one thing still clearly missing, one thing that he needs to find before he can agree to some foolish mission to Washington. Beth needs to get out of Grady Memorial, but she isn’t any dead girl anymore, she isn’t waiting for anyone to come and rescue her. Together they will make a journey home. But where is home?